The Diamond Shield Zapper has an automatic power flow adjustment
For those who are technically not quite as adept: All Zapper on the market measure the voltage, at which the application runs, in volts.
The problem is: The voltage strongly depends on the skin resistance, i.e. on the individual humidity and conductivity of each person and on the moistening of the electrodes!

After a few minutes the electrodes and hands usually become dry, or on the contrary you start to sweat. The difference between the beginning and the running application is not negligible. It can be a difference of at least several volts! The voltage, which was initially set to be ideal, will not be maintained. You begin with 8 volts and won’t notice that after a few minutes actually only 3 volts or even less flow… If you work with weak intensities, for example in the range of 1.5 volts, after a few minutes, it may be that there won’t flow no measurable current at all! This often explains why the correct frequencies and ChipCards leave you without success.

And now the sensation: The current flow at the Diamond Shield is adjusted in amperes and not in volts.

So if you, for example, set it to 30 milliampere, this current flow is maintained constantly – regardless of whether the skin or electrodes become wet or dry over time. You can even observe on the display, how the voltage changes (automatic adjustment) while the flow of current (ampere display) remains constant. Thus it is ensured that the application is also successful. 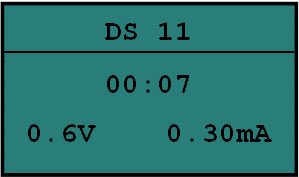 This is a revolution in Zapper technology!